Making chess near the bus line the road to scholarship! 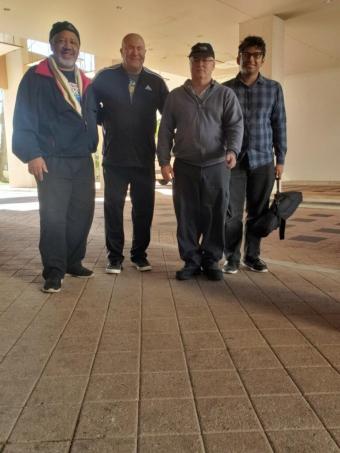 We came we saw and we did some damage.  I’m never going to tell my students that with what we teach, it’s Ok to lose chess games.  I see and hear it all the time!  You can’t win them all, you have to get experience, you learn more from your losses… It’s all nonsense! I encourage my students by telling them, “Your opponent’s parents, coaches, friends and family expect them to lose games in this tournament!  Your job is make sure you don’t disappoint them!!  At SCBC we’ve got a formula that explains success and failure at the chess board!  The formula can be used by anyone that knows when a chess game is over!  Winning and losing are now a will or won’t not a can or can’t.  As your rating increases and the opponents get harder, the only thing needed is more discipline!  Why am I so serious?!  For years I’ve been telling everyone around me, if you’re losing with the SCBC system, it’s because you don’t really care about winning! I’ve listened to student after student and class after class repeat word for word what they are supposed to be doing at the board.  Then when they get to a tournament they’re as bad as a chef who keeps trying to turn, ‘over easy” eggs with a fork, a knife, spoon, an ice-pick, toothpick, or anything  instead of a spatula?!  Our system is so simple that if you’ve been taught it and won’t use it, it could be said that checks, captures, threats, and sacrifices just aren’t important to how you, “want” to play chess?!  I don’t make this stuff up, I’m just reporting. lol 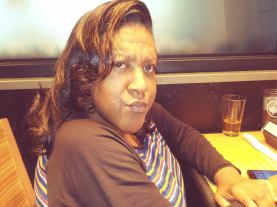 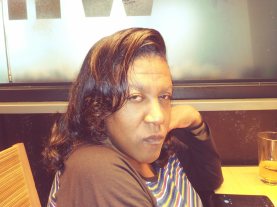 The looks my wife would give me if I told her we are going for a 2 hour drive to pay to enter a tournament, pay for lodging, pay for food, take up the whole family’s day or weekend, and I will habitually be ignoring checks, captures, threats, and sacrifices that exist for both sides!? LOL!

Our mantra has 4 parts!  We gave out part 1 of the rule in 2011, then part 2 of the rule in lessons, classes, lectures, camps, training guides and videos. Rajesh Pandit’s whole family increased over 1200 points in just 6 months.  We’ve had tremendous success at getting kids over 1000 but they have other activities and the proximity of events that will test them requires travel.  I’m working on it and that’s beset with many unique and hidden challenges as well!  We continue the never ending search for another Jason Morefield, Jennifer Yu or Praveen! Someone that wants to win and is willing to work!  If parents, spouses, and coaches got the Mike’s wife face more often instead of coddling them with,  ” Do you understand? “, that would cause their ratings to go up a lot faster!? 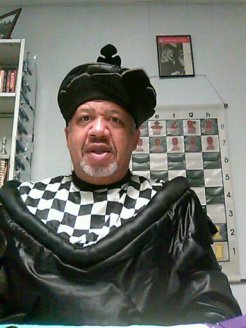 I’ve decided to just go get the examples of the system in action myself!  Last year I set a goal to see just how unbeatable I can become using discipline and my SCBC System!! 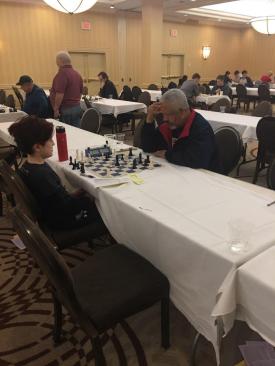 The 6 points and 8 winning positions I produced in the World Open in July did little to change peoples behavior!  They were still doing the chant without doing the dance!?  So I decided that 1, whether they use it or not, I will teach it to my coaching staff.  Then 2, I will lead by example! 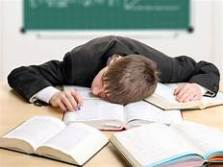 At 57 the biggest challenges are fatigue, being able to make good decisions from the information my system gives me about the position, and having the fortitude, strength, discipline and character to fight relentlessly for a win, a draw, and no losses.  I’m usually abhorrent about things like 5 hour energy and the like but for this tournament in addition to my CBD, I used our, “My Daily Choice” Boost and the Brain sprays before the beginning of each round.  The change in my alertness was instantaneous, invigorating, and enduring.  I didn’t have so much as 1 yawn while I was playing.  The also helped me get to form faster!  I should have used them at the World Open!!  I won’t play in a tournament without them again!  Don’t get me wrong, I need to be in better shape and I need to study, but it’s a relief knowing that I won’t be falling asleep at the board anymore! 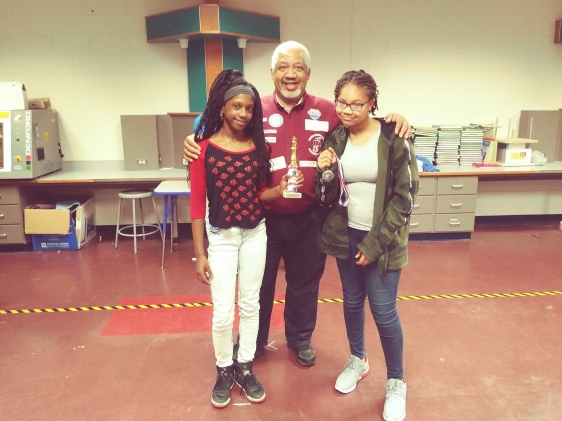 This has been a fun session at Next Up, Lucille Brown.  Jason Moorefield 16,  Anagha Sinkar 6, and their parents really deserve all the credit for this.  Jason is a SCBC Master Coach.  You become a Master Coach by coaching 100 sessions.  Jason was actually number 114 in the World, Under 16, until his recent birthday.  Anagha is 18th for girls under 7 in the US.  They alternate Tues and Thursdays as the coaching team of Lucille Brown Middle School.  This past weekend at the Meadowdale Spring Tournament, Nazerria Thomas and Laiyla Joseph teamed up to bring home 2nd place in the combined middle and high school section of this national tournament!!   Laiyla (R) making her sixth tournament appearance in 6 months knocked of a career high 639 player to get herself an individual medal performance.  Nazerria (l) was appearing in her 1st US chess tournament. By the way Coach Anagha played in the k-5 section and finished 1st with a perfect score of 4-0!  It was all girl power this weekend!  Hats off to the ladies!!!

Nazerria Thomas and Cole Felix are looking forward to Scholarship Chess Business Center’s summer work program.  From late June until mid August, selected Rated Tournament Chess Players will be trained in Business to Business  Marketing, Fund Raising, and Chess Coaching.  Our goal is to show them that they can earn money now and get ready for college.  Successful kids coaching successful kids.   Let’s see what’s next!? 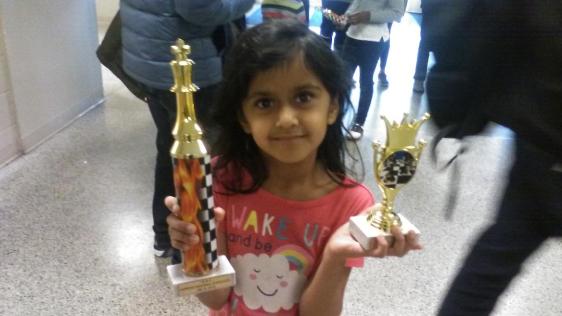 RCI’s newest coach, 6 yr old Anagha Sinkar took 1st place in the puzzle solving round and finished with a perfect score of 4-0 to win the k-3 in this event.  Anagha will be attending our, “Secrets to Long Combinations” camp the 26th-28.  Anagha has had a great year maintaining a 55% win percentage through 14 events, knocking off a 1203 player in Spotsylvania, coming in 46th for girls under 7 in the US, and being appointed as the new coach for Lucille Brown Middle School!  Her next appearance will be at the Maggie Walker k-3 tournament in January! 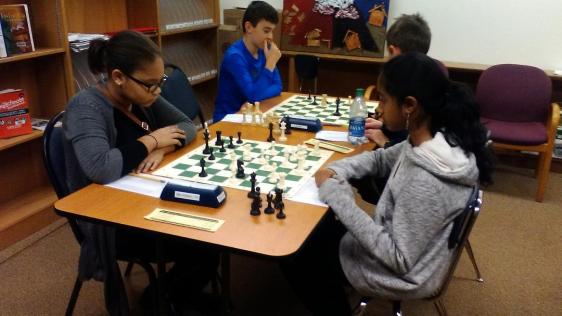 Laiyla Joseph,(left) of Lucille brown ponders her move while earning a ribbon performance in her 1st tournament!  Laiyla’s maturity and will to win make her a strong potential coach as well.  Laiyla hopes to improve on her rating this Saturday at our monthly tournament.  Keep up the good work!

If you want to improve at chess, RCI has the coaching skills and resources to help you make progress fast!!!  We are a full time Tournament Chess, Professional Development, and Entrepreneurial Training Company.  We train individuals and groups of any age and skill level up 1700.  Rates vary depending on your goals, strength, maturity, and length of commitment.  Call us today and share what you want your chess future to be like in 2019.  I’m sure we can help or get you headed in the right direction! 804-426-6058. 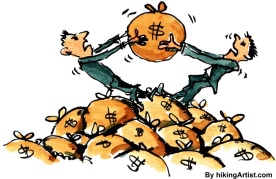 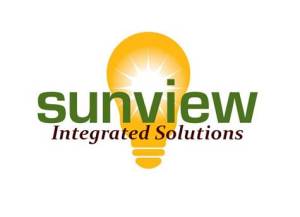 The Richmond Chess Initiative needs your help!  We can help virtually any company save money on their electric bill by significantly lowering their consumption. 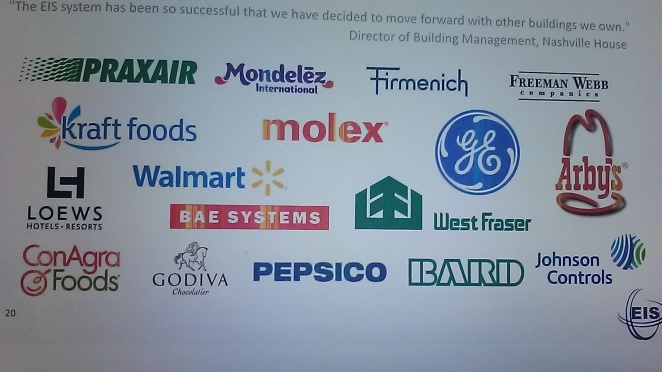 Call us today with the name and number of a company that wants to support chess, get a loan, get commercial credit, or save money on their electric!  They, you, chess, and the planet will be better off!  If you don’t know what we are going to do with our cut, either we just met or you haven’t been paying attention!! LOL

If you play and like our mission, we will give you the best coach training available! 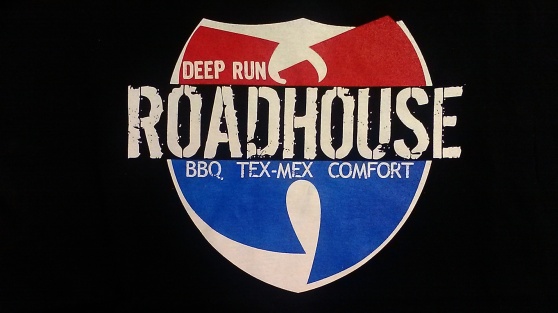 Catering – Ask for the Chess Discount 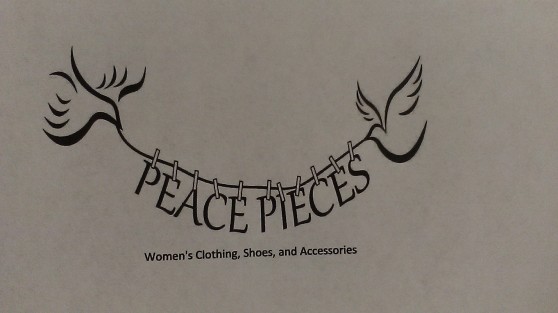 RCI Coupon get Buy 1 get 1 free and $10 discount. Thanks Peace Pieces!